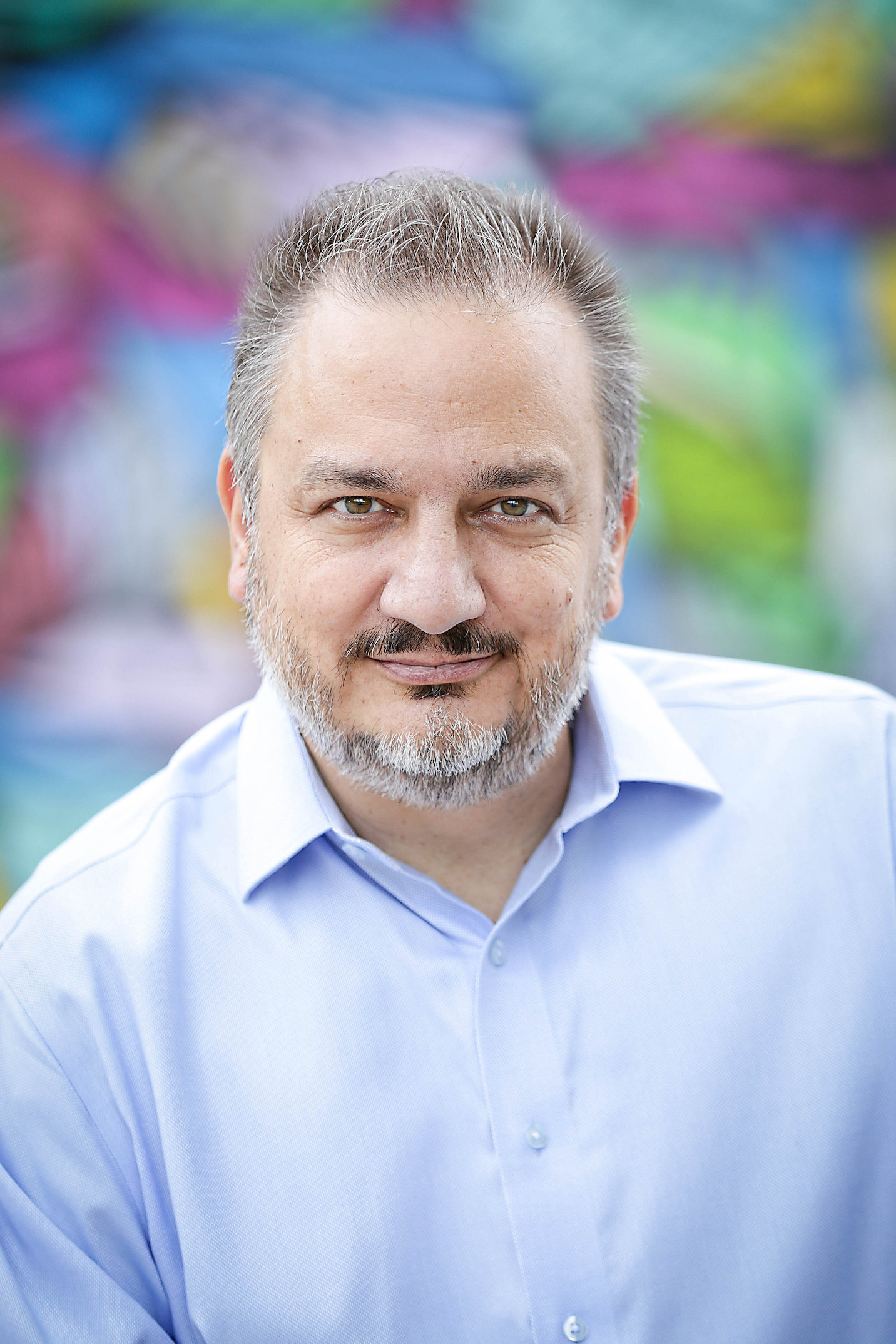 Roberto is the CEO of Fractal River. He is also a Venture Advisor at Mercury Fund, a Growth Advisor to multiple scale-ups, including Spruce, FloatMe, and Televet, an Entrepreneur-in-Residence at Rice University’s Entrepreneurship Program, and a Board Member of Houston Exponential.

Roberto began his career as a software developer, co-founded a startup pioneering electronic fund transfers in Mexico that grew to $50M, and joined Compaq (acquired by Hewlett-Packard) in 1995.

During the next 15 years, he took on multiple roles of increasing responsibility in eCommerce, sales, marketing, product management, operations, IT, and general management. He created Compaq’s eCommerce business in all Latin American countries, managed Operations for HP’s $8B direct business in the Americas region, scaled HP’s Desktop Solutions Global Business Unit into a $450M global business, and successfully executed the $240M acquisition and integration of Neoware, Inc.

For the past ten years, he has worked with startups, accelerators, universities, and venture capital groups to help startups scale. He has been a speaker and coach at multiple events, including SXSW.

Roberto is based in Houston and enjoys playing chess, reading science fiction, and a variety of video games. 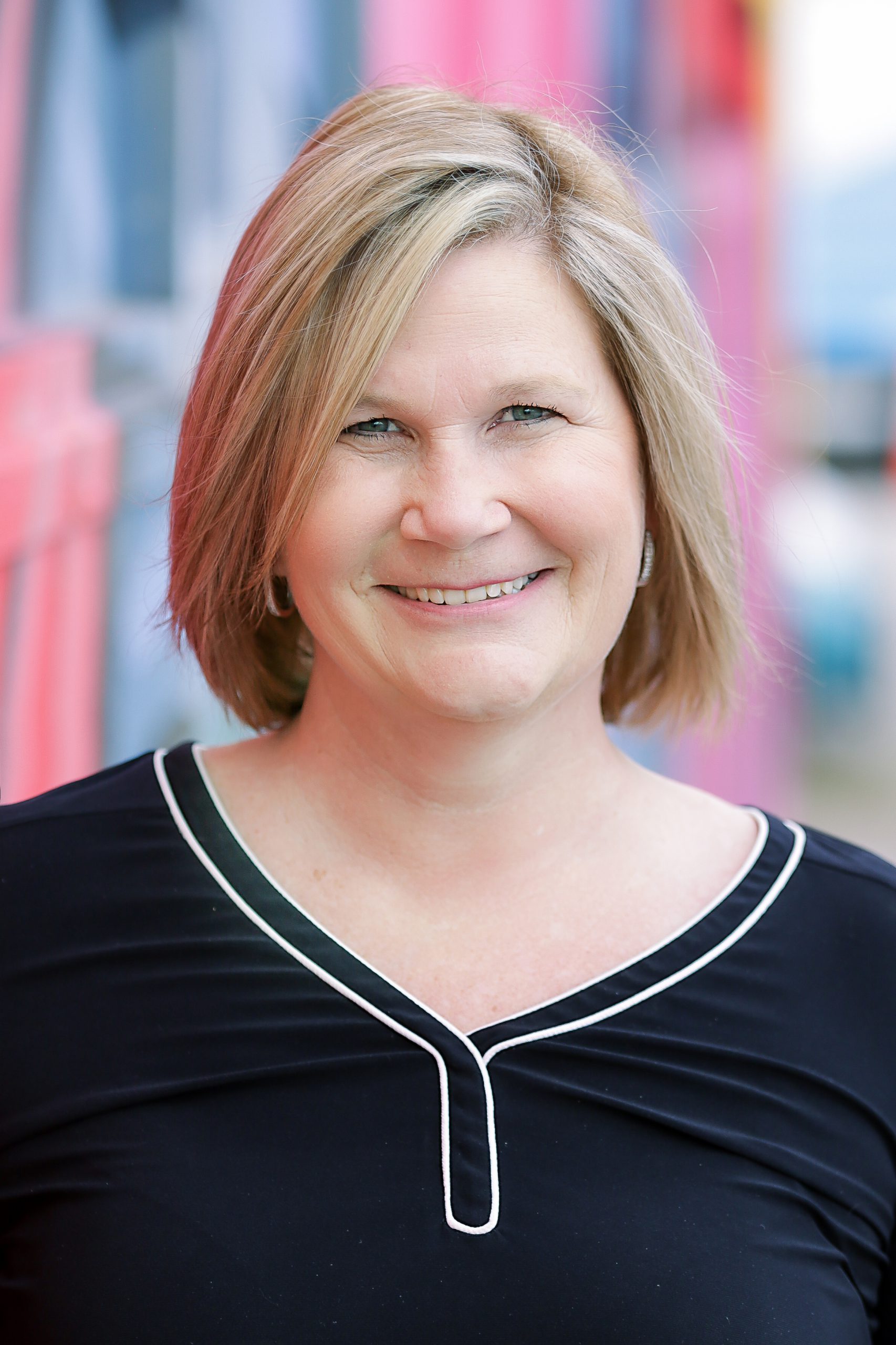 Danielle is a Growth VP at Fractal River, where she partners with startups to create scalable customer-facing operations and compelling customer experiences.

Danielle acquired strong cross-functional knowledge through 30+ years of leadership positions: she started her career at Hewlett-Packard (HP), spending most of her 20 years leading transformation initiatives and high-functioning teams in Customer-to-Cash functions, technology, and architecture. She was also HP’s Product Manager for Enterprise Social Networking with an agile, globally-distributed development team. After HP, she led training organizations in the Public Sector and ran a large project management office for a major healthcare company before driving transformational process and systems change at a global bank. Danielle has been Chief-of-Staff to nine C-suite leadership positions and facilitated strategic planning sessions for various organizations for more than two decades.

Danielle has been working exclusively with startups since 2018. She is passionate about seeing her clients succeed by focusing on their customer’s journey. Her roll-up-the-sleeves approach to leadership enables her to design scalable, repeatable Sales, Onboarding, Customer Success, Support, and Service Delivery processes reinforced with systemic tooling. Danielle provides executive and leadership coaching to her clients and often serves as a fractional executive (COO, Director of CS, Director of Implementation, Director of Support) for startups when needed.

Efrain focuses on growth strategies and leads our go-to-market practice. Before arriving at Fractal River, he was at Nexthink, a Series-C SaaS company based in Switzerland, where he was responsible for marketing and channels.  Efrain joined the US Nexthink team when there were 12 people, and by the time he left Nexthink two and a half years later, there were over 100 people, and the business had doubled every year.

He started getting involved in the startup ecosystem a few years ago while he held the role of WW VP of ITOM SW sales for HP and is now an investor in five startups from seed to Series B.

He was VP of Cloud Channels before the WW Sales role and held many general management functions at a global and regional level running multi-billion-dollar P&Ls in high-growth solution categories at HP and Dell.

During his career, the growth formula he has applied has required a variety of components, including changing sales coverage, narrowing product offerings, developing strategic alliances, developing new products, improving external messaging, or expanding sales channels.  Efrain knows that scaling and growth in a startup are never one-dimensional issues, so he enjoys applying his experience to the scale-up challenge. 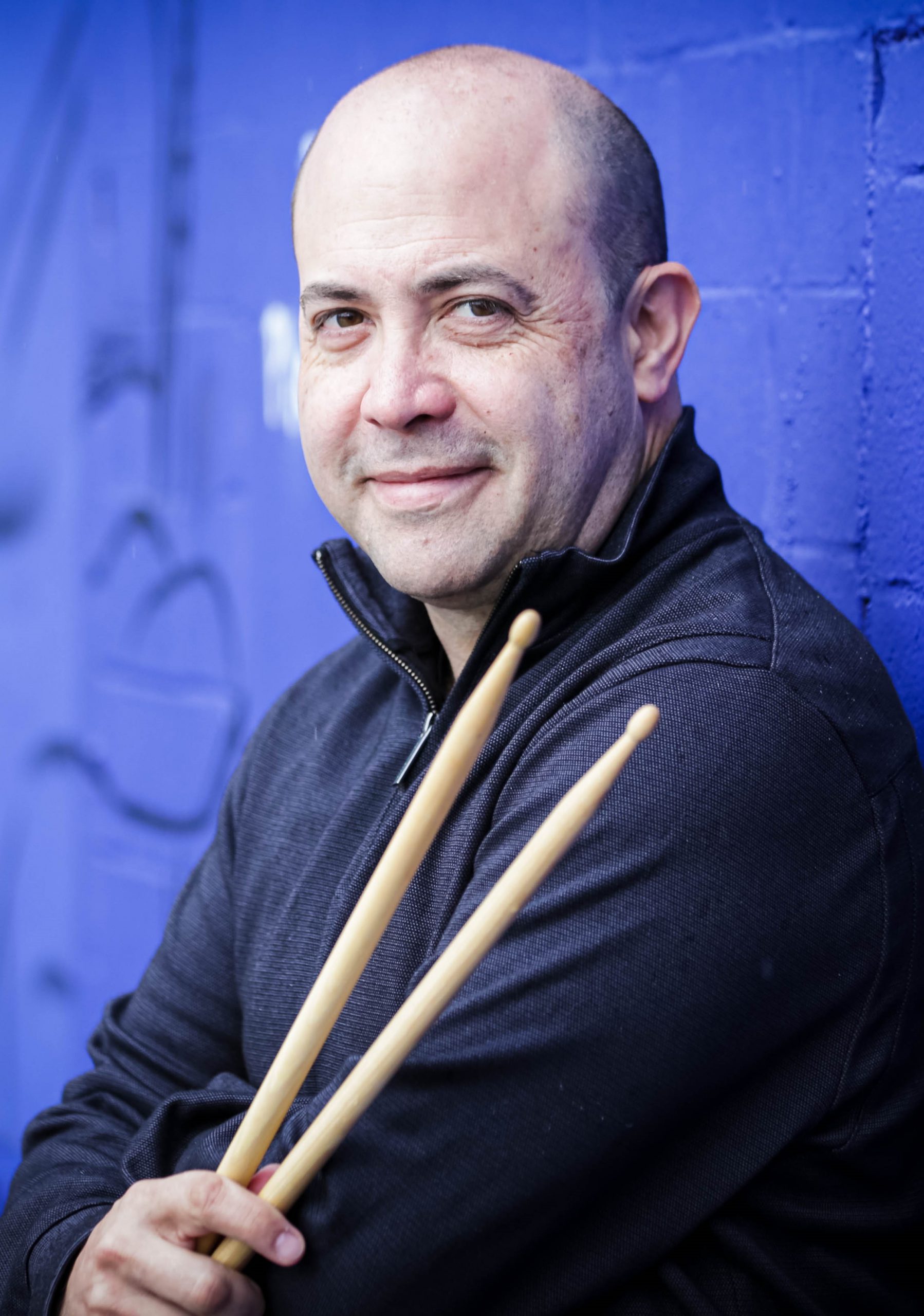 Alexis Langagne is an Executive Advisor at Fractal River with focus on Revenue Operations. He is a global executive with 30 years of experience in leading high-tech companies, focusing on accelerating businesses, developing high-performance talent, transforming organizations, and introducing innovation and diversity.

Langagne started his career working for IBM, Sun and Compaq. He moved to the US as Hewlett Packard acquired Compaq and held the roles of Worldwide Global Accounts Director, Americas Operations VP, Country CEO (Mexico), Operations VP for Asia Pacific (Singapore). He then joined Oracle as North America Operations VP, and later Prosegur as CEO for North America. He has been a Board Advisor for the Houston Sales Leadership Community and Market Partners – a consulting firm focused on sales transformation.

Born in Mexico, he is a Physics Engineer from the UAM, an MBA from Alliant and executive programs in Marketing and Finance in Columbia, Leadership in Babson, and Blockchain in Rice University.

Langagne is also a professional-level drummer. In 1988 he won a Yamaha contest with his band Valkyria, represented Mexico in the Worldwide final in Japan, and recently launched the album 8821, recorded during the pandemic.

Given his trajectory, Langagne has been designated as one of “The 300 Most Influential Leaders” in Mexico. 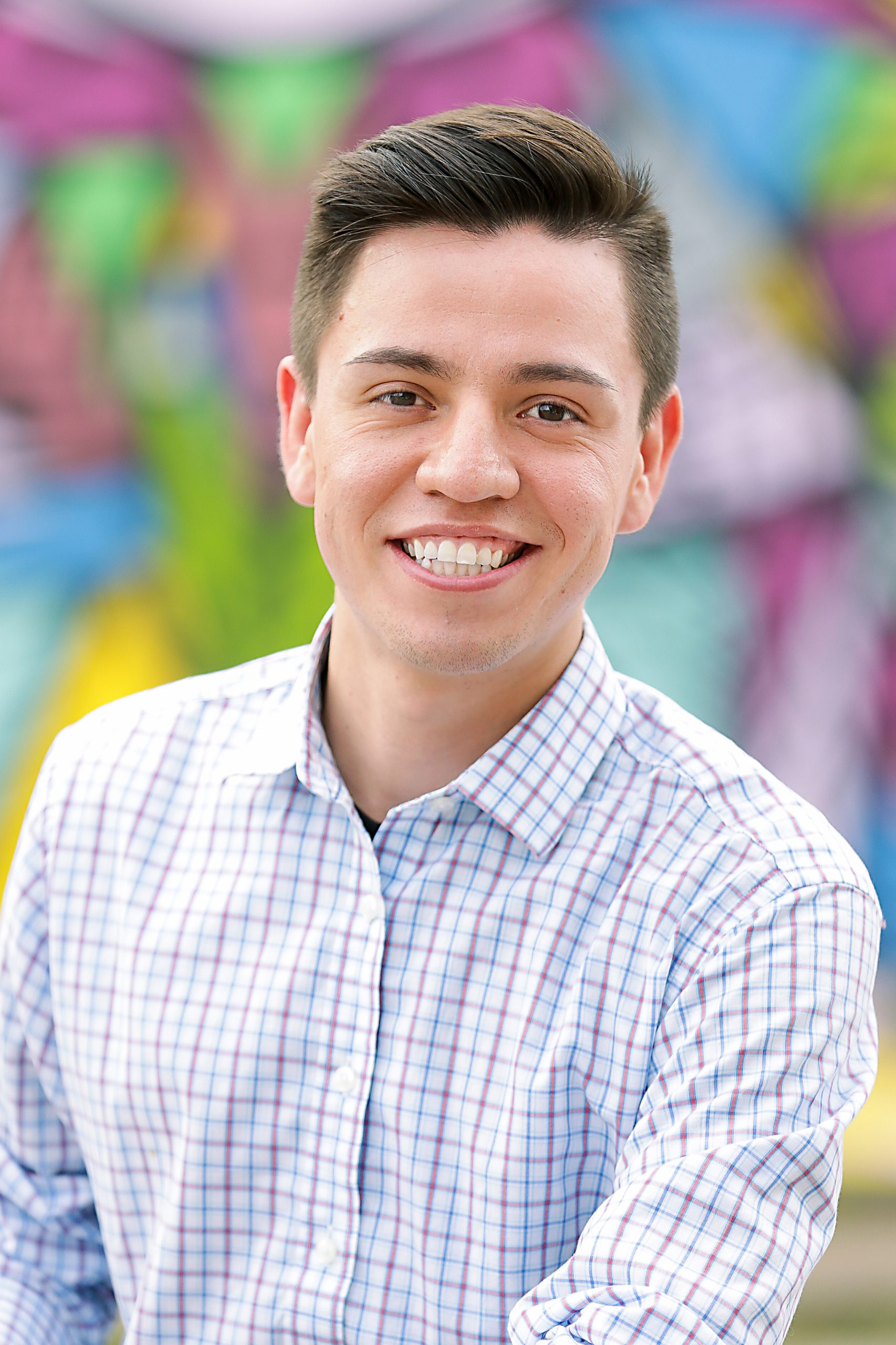 Jhovanny Gonzalez is a Senior Growth Engineer for Fractal River, where he helps startups implement analytics infrastructure, automate operations and implement tools that improve the team’s efficiency and accelerate growth.

Jhovanny has a background in operations, data analytics, and tooling. Before joining Fractal River, Jhovanny was the Systems Implementations Manager for The Ion. In this position, he worked in projects involving database management, network, system configuration, and software and systems implementation.

Jhovanny found his passion for data analytics and improving business processes while working for a construction company where he used data to create insightful dashboards and reports. His work was heavily used to facilitate business decisions made by upper management.

Jhovanny enjoys going cycling, swimming, or listening to a good audiobook. Jhovanny graduated from the University of Houston with a bachelor’s in computer science. 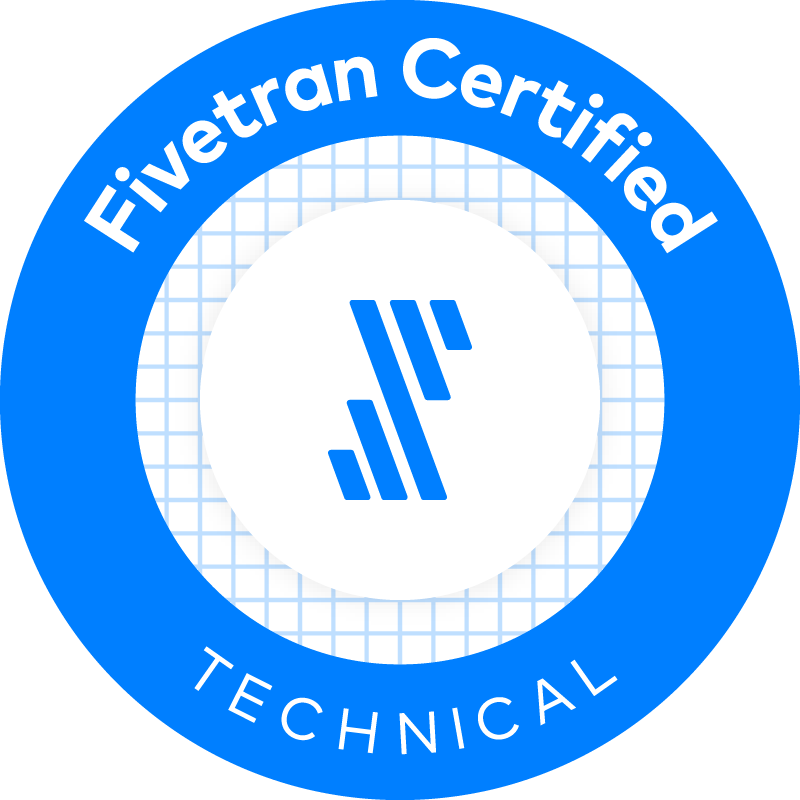 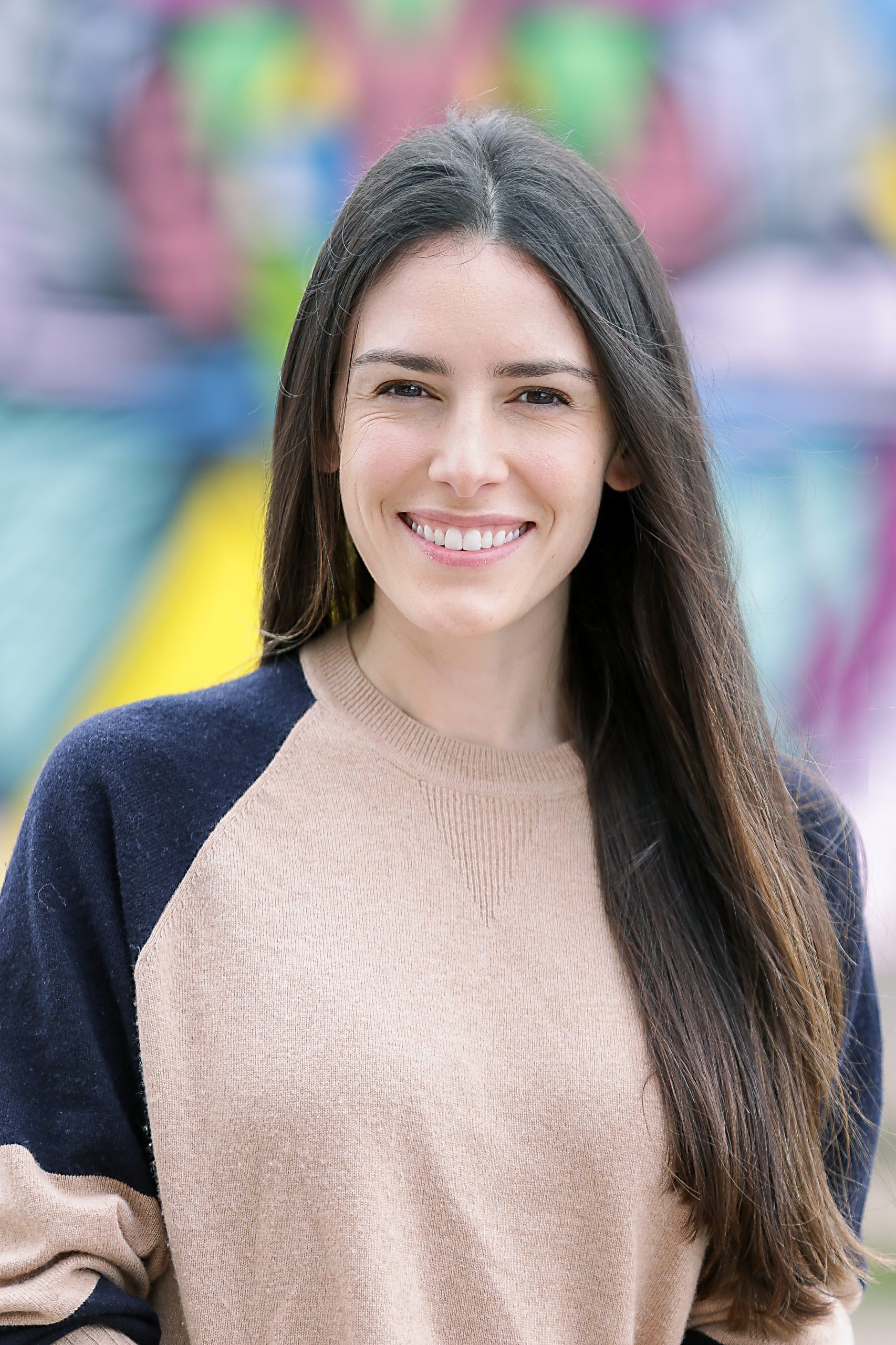 Auna began her career as a corporate finance consultant, specifically working on companies going through a restructuring. She worked in a variety of industries including oil and gas, hospitality, retail, and healthcare. After several years, Auna transitioned to the start-up world where she helped a sports marketing startup create and implement processes and business standards to drive and accelerate their growth to $8M in sales – a 4x year-over-year growth.

Over the past couple of years, Auna has consulted for a variety of companies. Focused primarily in the food industry, Auna has advised a $1B foodservice chain on marketing and community partnerships during its expansion into Texas, a 9-figure international meat trading firm on improved operational processes and cash flow models, and an online retailer on its supply chain while expanding into new grocery categories.  With such wide experiences from financial modelings to operations to marketing, Auna loves to take on any new challenge a company is facing.

Auna spends her time traveling, enjoying time with family and friends, and volunteering on the finance committee for Rwanda’s Agahozo Shalom Youth Village. Auna graduated from Babson College with a bachelor of science in business management. 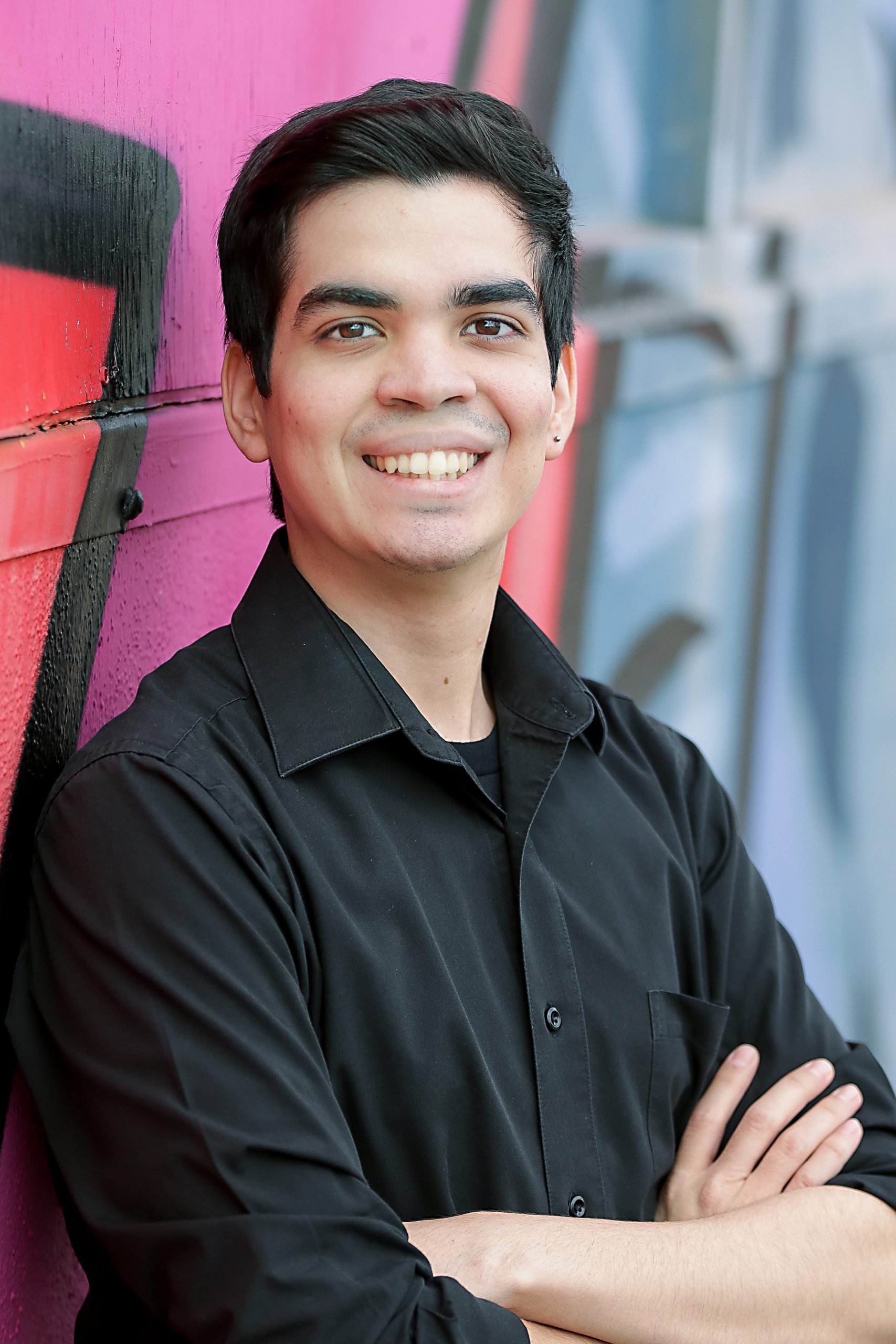 Gerardo is a cybernetic electronics professional with a Master of Science in Big Data Science from the Queen Mary University of London. He has several years of experience developing software and managing databases and data pipelines for the consumer electronics industry.

He has configured large scale data environments leveraging AWS EMR, Hadoop and Apache, as well as containerized applications using AWS EKS/Kubernetes and Docker for companies such as Samsung and Skyworks. In addition, Gerardo has worked as a DevOps engineer deploying CI/CD processes using tools such as Airflow, Jenkins, Git, and more.

He is currently part of our data engineering team, and helps build modern data pipelines, warehouses and analysis capabilities. 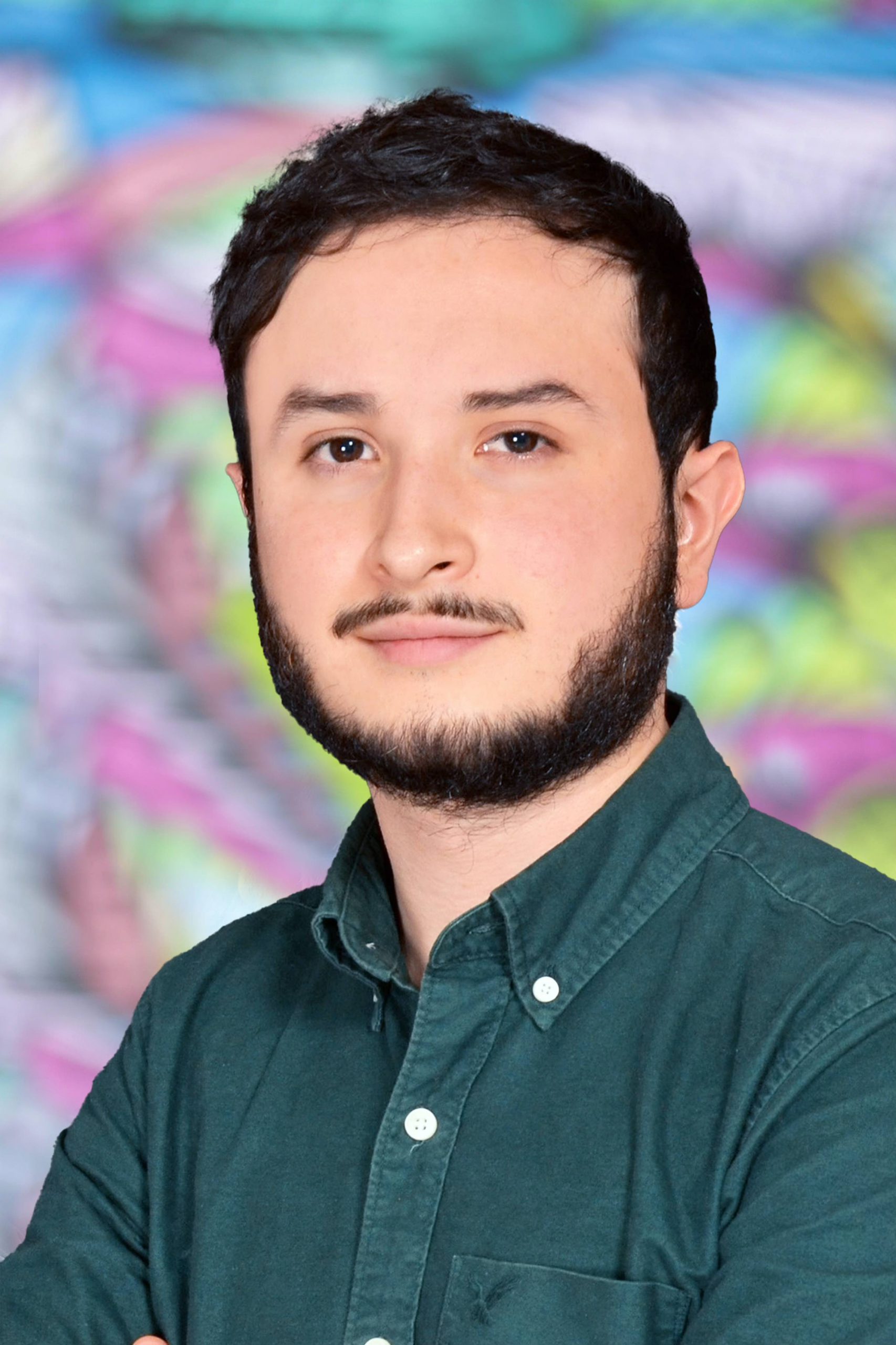 During 2020, he participated in a research project at Boston Children’s Hospital in conjunction with Harvard Medical School, where he developed a Convolutional Neural Network (CNN) model to automatically predict quality assessment for brain images obtained through magnetic resonances (MRI).

Ivan is a Cisco and AWS certified professional with experience leveraging projects that integrate different software technologies, relying on cloud services to orchestrate the most efficient and reliable data transfer, transformation and analytics workflows.

Prior to joining Fractal River, Ivan worked as a Data Engineer in a FinTech startup, where he effectively designed ETL data pipelines to integrate FinTech-related applications, using Python and Bash scripting, Airflow DAGs and serverless cloud infrastructure; likewise, he was in charge of the creation and maintenance of a data lake within the AWS ecosystem to unify and analyze data from multiple sources

Ivan is a Telecommunications and Electronics Engineer and enjoys traveling and exploring new places on his motorcycle. 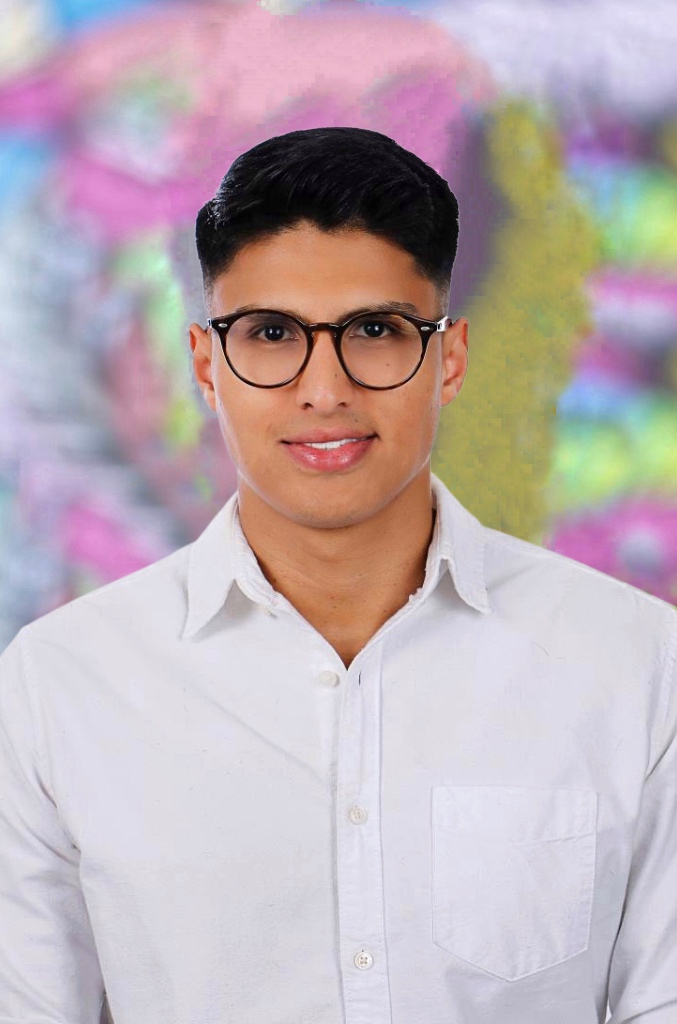 Nicolás is a data specialist and Python developer with broad experience in different data fields such as data engineering, data analysis, data science and process automation. As an Industrial Engineer from the University of Costa Rica and accredited engineer from the Canadian Engineering Board, he is a business and entrepreneurship scholar used to develop data infrastructure to solve real business problems.

Nicolás found his passion for data at an early age building the Data Warehouse of a small local business as a one-man team. Since then he has led numerous data projects in the most important companies of the Central American region in industries like e-commerce, finance, banking and retail. From understanding the business needs and translating them to technical requirements, to wrangling data from different data sources, designing data models, developing and maintaining ETL processes and pipelines and creating their analytics systems, promoting a data-driven culture in decision-making. He is characterized for his flexible and resourceful capacity to adapt to different challenges.

He is part of our data engineering team and his main passions are data, entrepreneurship, reading about personal growth, and playing sports. 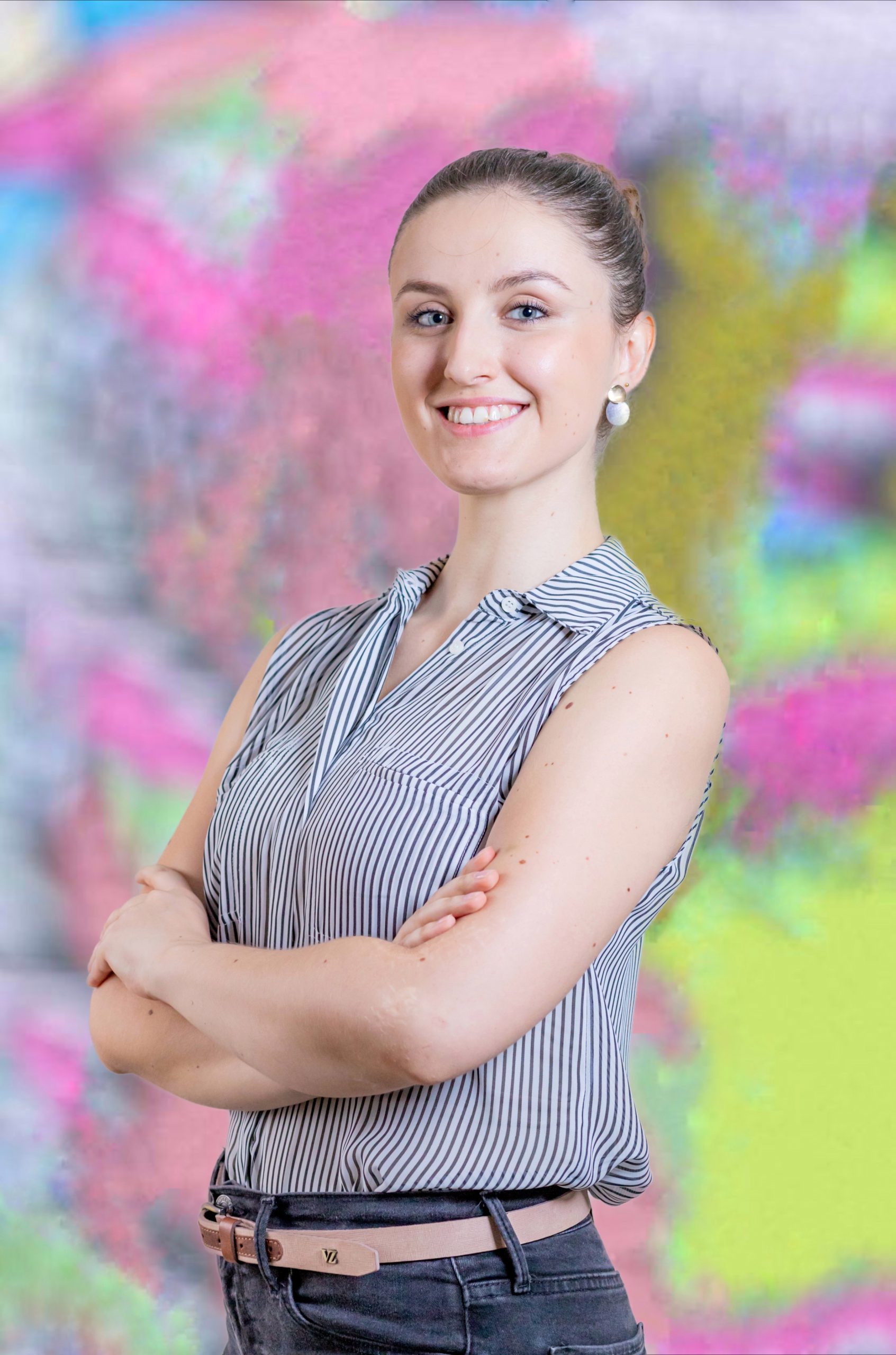 Elisabeth is a Process and Data Analyst for Fractal River where she helps design and implement analytics infrastructure and automate sales and marketing operations using Revenue Ops tools including Salesforce, HubSpot and several more to improve their efficiency.

Prior to Fractal River, Elisabeth worked as a Cisco Certified Systems Engineer and Information Technology Analyst in two German companies in the renewable energy sector where she helped analyze and restructure their IT infrastructure and processes for future growth.

During her studies, she found her passion for data and the enormous potential of the information you can retrieve from it to benefit processes and decision-making. For this reason, she is currently specializing in Data Science and is planning on getting her Master’s degree in the same subject.

In her free time, Elisabeth enjoys challenging herself in ballet classes, cooking, and listening to podcasts about personal development. 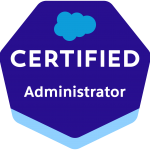